The demand for Spanish materials in public libraries has increased dramatically over the past few years, and librarians have accepted the challenge to find the right titles for their library’s demographic.

Often, libraries do not have in-house staff with enough experience or language skills to make the best decisions. When you don’t speak the language and reviews are nonexistent, how do you know what to buy? Simply filling your shelves with Spanish language titles does not guarantee success, and it doesn’t mean your materials will appeal to patrons or circulate. 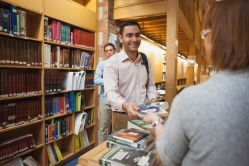 Know Your Patron Base

One of the keys to selecting Spanish materials for your library is knowing your population’s country of origin. The Spanish dialect in which a book is written can have a big impact on how readable or useful it will be in your community. For instance, the Spanish spoken in Spain is much different than the Spanish spoken in Latin America. A picture book or board book that contains words and expressions colloquial to Spain, for example, may look odd to Mexican readers, and therefore be less appealing.

While it is important to be mindful of regionalism, it’s a mistake to take this too far and totally exclude authors and publishers from Spain (assuming your patrons hail from countries other than Spain). Doing so could cause you to miss out on a big chunk of what’s out there.

Thinking that Mexicans or Salvadorans would not want to read materials from Spanish authors is akin to me saying that, because I am an American, I won’t ready Harry Potter, since the author of that series is from the UK. Spanish authors such as Carlos Ruiz Zafon, who enjoys universal readership, could get lost in the shuffle. That would shortchange your community.

Brodart’s Spanish materials experts vet as many titles as possible — particularly children’s titles — reviewing them for dialect and quality. We also note author country of origin on adult titles to aid in selection. These are the factors that will be important to your Spanish-speaking patrons.

Many Spanish translations of popular English language titles are published in Spain. For example, “Miedo: Trump en La Casa Blanca (Fear: Trump in the White House),” by Bob Woodward, is being released in December by Roca Editorial. This is likely to be one of the biggest books of the year. But a library that excludes publishers from Spain would never see that title in its library collection. Other examples of popular and must-have titles coming out of Spain include “El cuento de criada (The Handmaid’s Tale)” by Margaret Atwood and “La forma del agua (The Shape of Water)” by Guillermo del Toro.

We Americans tend to be more prudish than much of the rest of the world when it comes to sex and nudity. An example of this is a book from Spanish Publishers called “El pañal de Bumba.” This is a board book about a little boy who has lost his diaper. Right or wrong, the illustrations in this book, while perfectly acceptable in Europe, would be challenged in the US. The title does not meet American standards for board books, due to depictions of nudity (albeit childish nudity).

In this case, it would be understandable to exclude the title due to the illustrations. This is why book-in-hand reviews are imperative.

Here’s another point you may not have considered: juvenile titles from Spain are often printed in cursive font. This may not sound like a big deal, but many schools across the US are no longer teaching children cursive. Conversely, cursive writing (la caligrafia) is still widely taught in Central and South America. Thus, while a book’s subject matter may be deemed appropriate for American children, and while Spanish-speaking children who have learned to read in another country might have no trouble with it, it would be unintelligible to English-speaking American children learning Spanish. Titles printed in cursive are not of interest to many public libraries.

What Is Popular among Spanish Speakers? 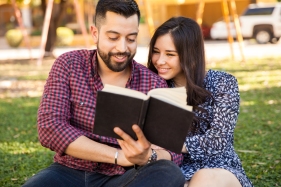 Like their English-speaking counterparts, Hispanic patrons read a balanced mix of both fiction and nonfiction.

In nonfiction, the most popular Dewey categories are the 100s, 200s, 300s, and 600s. The general trend in Hispanic nonfiction is toward self-improvement books. Leylha Ahuile, writing in Publishers Weekly, points out that there is a high demand for self-improvement literature in the Spanish-­language book market in the US, including books on “finance, health, marriage, parenting, acquiring or improving skills, entrepreneurship, leadership, and spirituality.” The same holds true for English speakers: these topics are universal and tend to be among the most in-demand and highest-circulating items in libraries today.

Most Spanish-language graphic novels tend to come from Mexico and Spain. Spanish Publishers has recently picked up the wildly popular “Lumberjanes (Lenadoras)” in Spanish for the YA market. Interestingly enough, there are a number of current widely popular graphic novels that poke fun at the US President and our current state of affairs. These titles are mostly from Mexico.

Overcoming language barriers and reaching underserved populations is one of the most rewarding experiences for librarians. We would love to hear your stories and welcome your questions and concerns about Spanish-language collection development. Leave a comment to share!

Jessica Blaker has been a Spanish cataloger and a customer account manager at Brodart. She came back to Spanish as a collection development paraprofessional, which she loves due to the variety and the opportunity to work with customers. Click here for more.

2 thoughts on “Spanish-Language Collection Development: What to Keep in Mind When Selecting”