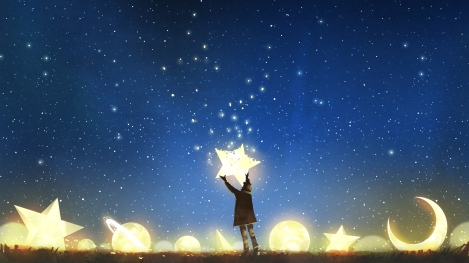 “All men have the stars…but they are not the same things for different people…You—you alone—will have the stars as no one else has them…” — “Wind, Sand and Stars,” Antoine de Saint-Exupéry

What is it about unsolved mysteries that keeps our minds churning into the late hours of the night? Is it the compulsion to solve a puzzle no one else has, to be the first to see things clearly? Or maybe it’s the compulsion to understand what happened to a fellow traveler in life, especially one who fell earlier than expected.

The addictive rush of flying and a conviction to serve his own fellow travelers is what propelled author and avid aviator Antoine de Saint-Exupéry, author of “The Little Prince,” through nearly every phase of his life before his disappearance in the summer of 1944. But the circumstances surrounding his disappearance aren’t the only mysterious aspects of his short life. Debate continues over whether the man was a supremely skilled or reckless pilot, whether he used his friends for gain or genuinely cared for them.

Let’s start with some of the basics to get a better understanding of the famous pilot and revered writer.

One of five children born into an aristocratic family, Antoine de Saint-Exupéry was still a boy when his father, the Viscount Jean de Saint-Exupéry, died of a stroke. Antoine regarded his mother, Marie Jean-Baptiste Roger de Saint-Exupéry as “a beautiful, intelligent, and caring woman.” She and the five children moved to her aunt’s castle (yes, a real castle) in the northeast. Antoine’s dear brother, François, died from rheumatic fever at age 15, another reminder that loss is too often at the doorstep.

But Marie took Antoine for his first airplane ride when he was 12, and something new was born. So began an all-consuming love for flight. After failing to enter the French Naval Academy in 1918 and subsequently studying architecture at the School of Fine Arts in Paris, Saint-Exupéry earned his military pilot’s license in December 1921.

There was, however, more to Antoine de Saint-Exupéry than this passion for flight. Despite a shortened lifetime, he played many roles and left a lasting impact.

Acting as a mail pilot early in his career, Saint-Exupéry once fractured his skull in a plane crash. The accident dissuaded his fiancée at the time from further pursing their relationship due to the danger he constantly faced while flying. He also regularly rescued downed pilots. Some individuals claim they found balled-up pieces of paper in his planes and said the man would often keep flying until he completed the novel he was reading. This speaks to how his vocation and literary aspirations were closely intertwined.

When World War II descended, Saint-Exupéry flew reconnaissance missions for the French Air Force. As German Forces seized control of Paris in May 1940, Saint-Exupéry fled the country for New York. He would return to France in 1943 and promptly return to his squadron. Pilots 30 and over were not allowed to fly the P-38 Lightning, but then-42-year-old Saint-Exupéry convinced officials to make an exception for him. He once wrote in the “Paris-Soir” newspaper: “Don’t you understand that self-sacrifice, risk, loyalty unto death, these are behaviors that have contributed greatly to establishing man’s nobility?” He also confessed, “I feel like I am watching the war from a theatre seat.” He was also grounded, however, after crashing several planes.

He married Salvadoran widow Consuelo Carrillo, an artist/writer, shortly after meeting her in 1931. Consuelo says in her memoir, “The Tale of the Rose,” that Antoine Saint-Exupéry gave her a puma in France after she fled his proposal on the very night they met, in Argentina. The two shared a passionate, if terribly strained, marriage.

Saint-Exupéry was known to start each writing day at 11:00 p.m. and wrote until dawn. He often called his friends after midnight to read bits of what he’d written aloud. His second novel, “Night Flight,” was published in 1931 and won France’s esteemed “Prix Femina” literary prize. In 1932, after an English-language translation of “Night Flight” was released, the book was adapted for the silver screen, starring John Barrymore.

Saint-Exupéry published “Land of Men,” which recounted his flights over South America and North Africa, in 1939. The memoir won the 1939 “Grand Prix du Roman” and was released in the U.S. under the title “Wind, Sand and Stars,” in which Saint-Exupéry also describes the 1935 crash that would go on to inspire “The Little Prince.” “Wind, Sand and Stars” received the Grand Prize for Fiction from the French Academy, along with the United States National Book Award for best nonfiction book, a testament to the blurred lines Saint-Exupéry’s writing navigated.

Saint-Exupéry’s memoir “Flight to Arras,” detailing his reconnaissance flights in France, was published in the United States in 1942.

“The Little Prince,” first published in the U.S. during World War II and published three years later (1946) in France, is the author’s best-known work. The story takes its inspiration from a 1935 plane crash that stranded Saint-Exupéry and his navigator in the Sahara desert with no food or water for several days. “The Little Prince” is a fable for both children and adults. In it, a prince, who hails from Asteroid B 612, gains wisdom by traveling throughout the universe. When he lands on Planet Earth, he meets a downed pilot in the desert. The themes reflect the author’s views on friendship, death, childhood, and more.

The book has sold nearly 200 million copies and been translated into over 300 languages. Saint-Exupéry handed his good friend, Silvia Hamilton, a paper bag with his illustrations and “The Little Prince” manuscript tucked inside, with this apology: “I’d like to give you something splendid…but this is all I have.” The book was illustrated by the author himself, who gave the publisher strict guidelines regarding illustration placement and the captions to be included, among other parameters.

“The Little Prince” boasts adaptations including movies, ballet, opera, anime, live theatre, games, and even the world of music.  France even opened a Little Prince theme park, Le Parc du Petit Prince, in 2014. The park boasts several attractions and exhibits, including a roller coaster called The Snake. In 2013, a signed first edition of the title was estimated to be worth $25,000-$35,000.

No one had the slightest clue what became of the revered aviator and author. Some suspected an accident, or that he was shot down. Others thought the pessimism of his later years might have driven the pilot to suicide. Then, in September 1998, fisherman Jean-Claude Bianco found an engraved bracelet caught in his trawling net—a bracelet belonging to none other than Antoine de Saint-Exupéry.

Hoping to keep the man’s status as a revered war hero of almost mythical proportions, the surviving Saint-Exupéry family opposed efforts to investigate the source of a landing gear found by scuba diver Luc Vanrell in May 2000. Major pieces of Saint-Exupéry’s downed aircraft, a P-38, was found and brought to the ocean’s surface in 2003. A serial number confirmed this craft belonged to Antoine Saint-Exupéry, though the lack of bullet holes and combat damage keep the aviator author’s true fate hidden behind a shroud of secrecy.

A three-foot-tall bronze likeness of the titular character of “The Little Prince” stands outside the Northport-East Northport Public Library in Long Island, NY, the result of a joint effort between the Saint-Exupéry estate and French expatriate Yvette Cariou O’Brien. Museum exhibitions and a foundation launched by his surviving family continue to advance some of the causes Saint-Exupéry valued.

There is one more role Saint-Exupéry played that had a large impact on himself and everyone around him: Friend.

Léon Werth, friend to Saint-Exupéry, told of his WWII ordeal in “33 Days,” though the memoir was not published until 1992. Photo source: Alchetron.com

Antoine de Saint-Exupéry dedicated “The Little Prince” to his close friend, Léon Werth, noting, “(H)e lives in France, where he is hungry and cold. He needs to be comforted.” Werth was a reputable Jewish critic and writer who could no longer publish once Germany occupied France. He would go on to survive World War II. Saint-Exupéry felt such a strong kinship with Werth that he smuggled Werth’s manuscript, a memoir recounting Werth’s ongoing ordeal and escape from a Paris ruled by wartime Germany, out of the Nazi-occupied country and brought it to New York.

Saint-Exupéry’s attempts to get his friend’s work published failed, but Saint-Exupéry did write an introduction to the memoir, which eventually be published in 1992. He wanted to convince the United States to enter World War II…and he longed to see his friend and compatriots set free of the fear that had made France inhospitable.

In the introduction to Léon Werth’s memoir, “33 Days,” Saint-Exupéry lamented one of several friends he’d lost in life. “Guillaumet, the last friend I lost, who was shot down flying mail service into Syria, I count him as dead, by God. He’ll never change. He’ll never be here again, but he’ll never be absent either.” Friendship and death seemed long intertwined throughout Saint-Exupéry’s life. He also noted in his “33 Days” introduction that “(t)he presence of someone apparently far away can become more substantial than before they left.” Meaning that absence truly does make the heart grow ever fonder.

Regarding the ache that comes from a cherished acquaintance being plucked out of one’s life, Saint-Exupéry wrote: “Bit by bit… it comes over us that we shall never again hear the laughter of our friend, that this one garden is forever locked against us. And at that moment begins our true mourning, which, though it may not be rending, is yet a little bitter. For nothing, in truth, can replace that companion…One by one, our comrades slip away, deprive us of their shade.” –Excerpt from “Wind, Sand and Stars.”

In “The Little Prince,” however, Saint-Exupéry assures readers that no one is ever truly gone: “In one of the stars I shall be living. In one of them I shall be laughing. And so it will be as if all the stars were laughing, when you look at the sky at night…”

Saint-Exupéry’s love of people drove him skyward time and again as a mail pilot. It was his love of people, not just country, that drove him to fight for France and join his comrades in the clouds during some of the most harrowing times the world has seen. He wasn’t perfect, not one of us is, but he was a fierce friend. And though his later writings may have seemed melancholy, Saint-Exupéry stood firm in the assertion that the darkest night is always lit by those we love, if only we look up.