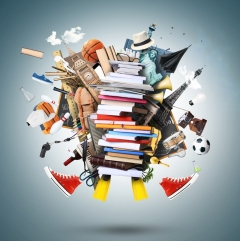 Libraries across the country have begun to circulate more “things” than you might expect. The traditional emphasis on books and audiovisual materials still remains, but imaginative lending programs for other types of materials are cropping up everywhere.

Following are some examples.

The Ann Arbor District Library is more progressive than most about expanding borrowing options, and was an early adopter of the idea. The library began circulating art prints 40 years ago! Now it allows patrons to borrow die-cutting kits for making art at home. It also has circulating collections of games and tools, as well as telescopes and musical instruments. Click here for more.

American Girl dolls are expensive and not everyone can afford them. Several libraries, including the Arlington Public Library—a leader in interesting collections—have started lending programs for these popular dolls. The program was originally funded by Arlington’s Friends of the Library group. The Washington Post featured this collection when it was first assembled.

Arlington also has an Energy Lending Library that includes thermal cameras, electricity usage monitors, Rethink Energy books, and LED Bulb Sample Kits. And if that wasn’t enough, it has a Garden Tool Lending Library as well.

This library has joined with a local physicians’ group to provide access to bicycles in their community. The Book-A-Bike program launched with eight adult bicycles and six bikes for kids, available at a small fee to library card holders. Users can ride around town or explore the Hopkinsville Greenway rail trails. Click here for more.

I recently attended a bluegrass festival in Kentucky, and was impressed to learn that the local library system had a big presence on site, documenting the event for all to see. The library helps to inspire future musicians by letting them check out guitars, mandolins, keyboards, and banjos.

Libraries across the country served as distribution points for the glasses needed to safely view the historic solar eclipse in August. Some libraries even collected the glasses for recycling after the event. A program like this reminds citizens that libraries are a great resource, hooking them up with things they need, in addition to information and entertainment. Click here for more.

This roundup from American Libraries covers many innovative lending programs from libraries across the country. Find out where library patrons can borrow snowshoes, a Roomba robot to vacuum your house, bubble machines, Santa suits, and fondue sets.

And even more things! Read this one if you want to borrow a dog (yes, an actual therapy dog) or a fishing pole.

Libraries attest that innovative lending programs help establish deeper relationships between libraries and their communities. They also improve access to the arts and sciences. While the primary goal of such programs is to get people into the library, upon arriving, patrons might just find themselves checking out some books! These ideas may inspire you to explore the perfect idea for your library.

Tell us about the non-traditional lending programs you’ve tried.

Fern has worked for Brodart as a Collection Development Librarian since 1990. She also did a stint as a reference librarian in the CNN newsroom and is married to a newspaper librarian. Click here for more. 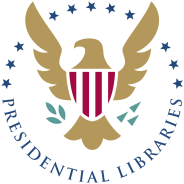 As librarians, we naturally follow the ups and downs of libraries. Are budgets flat-lining? Are we having a mini-boom? If you build it, will they come? One kind of library seems certain to continue enjoying a slow and steady growth curve: the presidential library. We’ll probably keep electing presidents, and plans for new presidential libraries will probably continue to come along every four to eight years. 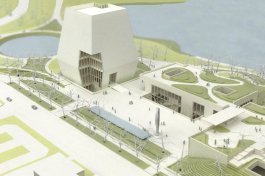 Model of The Obama Presidential Center

Many presidential libraries and museums have been built over the years, mostly with funding from foundations and private citizens. Herbert Hoover and every president since has had an official library. Richard Nixon has two libraries, one in Maryland and one in California. President Obama’s library is still in the works, but will be located in Chicago.

The National Archives and Records Administration (NARA) manages all of the official presidential libraries, but there’s always a foundation involved in the development phase—conflicting agendas are not uncommon. This Politico article about how the Obama library will be different explains the complicated NARA-presidential library relationship much better than I can. Click here for article.

Why do we have presidential libraries? In addition to being museums and tourist attractions, they are repositories of all sorts of historic documents that are of interest to researchers. They can serve as a base from which a former president chooses to do whatever he (and, maybe someday, she) wants to do in his (or her) post-presidential life. NARA is most concerned about preserving presidential history and documents, but others involved may be more concerned with managing the president’s legacy and public perceptions. 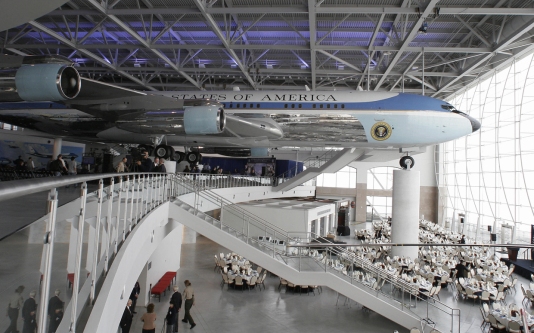 Presidential libraries share a number of common features. In addition to the customary official displays, there are usually permanent and temporary exhibits about the presidency, history, and the First Lady. There are artifacts that you can look at but not touch, and often a replica of the Oval Office. This article reviews some of the more exotic holdings of these specialty libraries. Click here for article.

A visit to a presidential library could be a good way to get some ideas about new displays in your own library. You may not have the same budget to work with, but at least ideas are free. Politicians are prolific book writers, so perhaps there’s an opportunity to feature some tomes from local pols. What about displaying some non-literary items? Does your library have any kind of special collection? Maybe there are artifacts you could feature in a display case.

Let’s look at a few titles about presidential libraries:

Presidents get to decide where their own libraries are built. Texas has the most presidential libraries with three. President Johnson and both Bushes have Lone Star State libraries. California is home to two, representing Nixon and Reagan. All the other states with presidential libraries are only home to one each for now, but one would assume that a Trump library will arise somewhere in New York someday, joining the Franklin Delano Roosevelt library, which is in Hyde Park.

The Jimmy Carter Presidential Library and Museum, conveniently located near my house in Atlanta, has beautiful gardens, frequently hosts author events, and is even home to a Saturday morning farmers market.  They do not they sell peanuts.

Take some time to visit a presidential library in person if you get a chance.  And if you don’t find one nearby, this site from the National Archives includes a guide to all of the presidential libraries and museums.  It details their holdings and programs, provides links to their websites, and provides virtual visits. Click here for website.